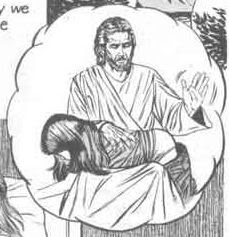 I've been meaning to post something here about why I haven't been posting here, which would lead me into a whole long riff about Jewishness and middle age and eating BLTs during Pesach. To be honest, though, I've been preoccupied most recently with a different sort of ethnic issue.

A couple of weeks ago, you see, the Latino Poetry Review went live on line. In its inaugural issue, my big essay from Parnassus: "Gringo with a Baedeker, Cortez in Kevlar." Just go to the main page and click "essays"; you'll find it. After you do--or maybe before--click on "Letters to the Editor." There you'll find a long response by Javier Huerta, a poet and graduate student who was deeply offended by my dismissal (on aesthetic grounds) of the seminal Chicano poem I am Joaquin by Rudolfo "Corky" Gonzales. Huerta's letter began as a post to his blog, which you can find here, followed by 20+ comments. He's since posted another meditation sparked by the piece; more blog responses to the essay-review show up at the Blog of Many Names by C. S. Perez, and I've gathered them for you (the ones so far) here.

[PS: just found this, another blog response, considerably more pissed off. "Save your empty gestures," this poet says of my apologies. Sorry, Mr. Corral--still a few of those to go.]

Now, as you'll see in the comments on each of those posts, as well as in the Letters page and over at Romancing the Blog, I've responded several times to the controversy, each time with an apology. Huerta, you see, has me dead to rights: I did a lousy job writing about the Gonzales poem, failing not only to question my own first impressions of it, but also to be the sort of "chameleon critic" that I've always tried to be. (I have some quotes from him, and comments on them, over at Say Something Wonderful.)

What I can't help but wonder, though, is how much of this fracas might stem from my bringing a particularly Jewish (secular, resistant, sketpical) sensibility to bear on some of these poems. Is my hesitation before, and my impulse to scoff at, certain kinds of identity poems rooted in my embrace of a certain version of goyish aesthetics? Or does it blossom from a "Debate with the Rabbi" impulse that assumes all group identities to be problematic, ripe for unsettling or complication?